Home » Over the Monster - All Posts » MLB Playoff Chase Update: The Brewers make up ground, but lose Christian Yelich
× Share this Article 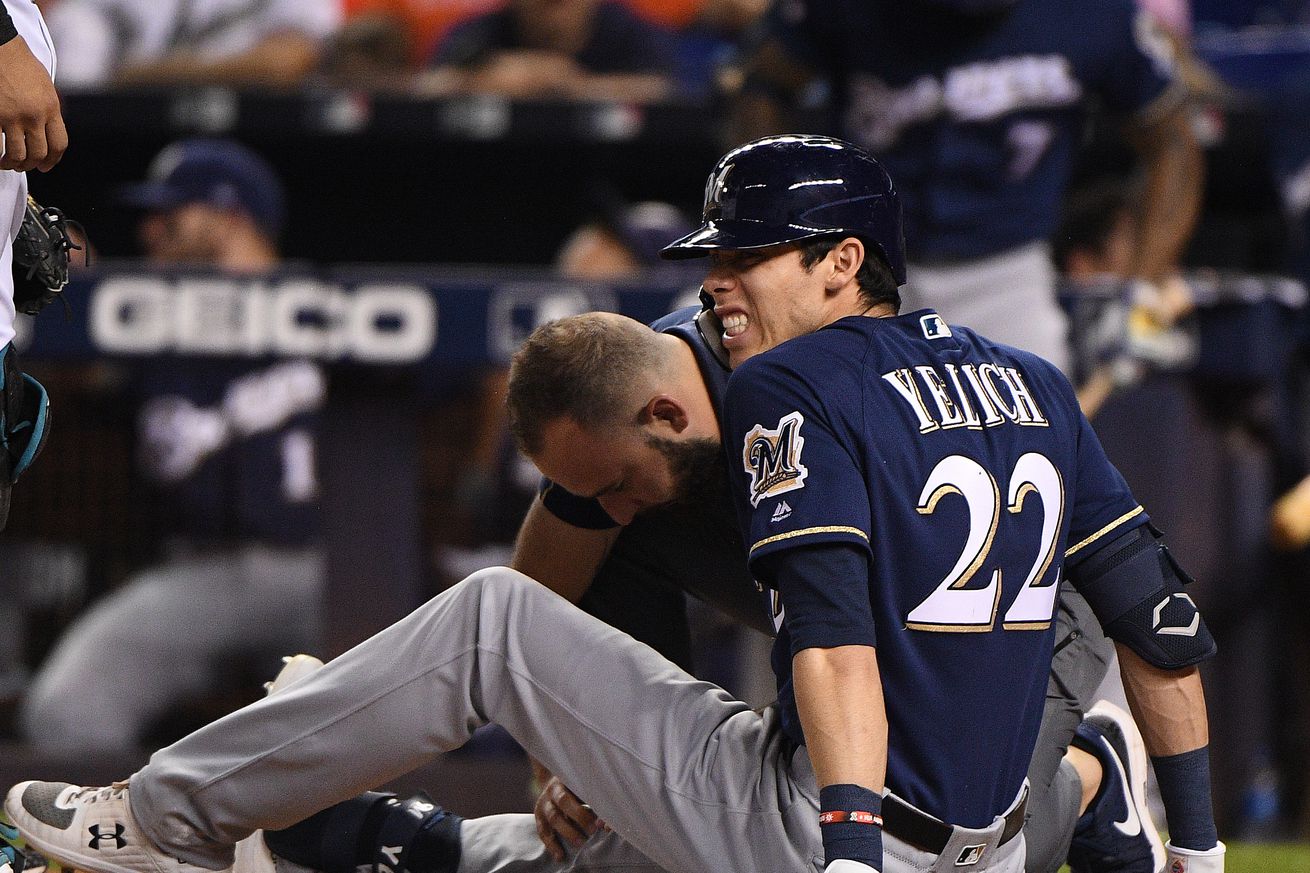 After going out and taking three of four in Boston against the Red Sox, the Yankees headed to Detroit to take on perhaps the worst team in baseball. So, you know what happened next. That’s right, New York pitching was absolutely destroyed and the Tigers outlasted the Yankees in a wild, 12-11 game. Meanwhile, the Rays tried to stay hot after a big weekend against the Blue Jays, and while it took extras they were able to pick up a two-run win over the Rangers. So, with all that the magic number for the Yankees in the division stays at nine with the lead falling to eight games.

The Twins did not have the series they were looking for against the Indians, and there was real potential for them to have their lead closed even more with a series against the Nationals. Minnesota did a good job of avoiding that at least for this game, using a strong performance on the mound from José Berríos to catapult them to a 5-0 win. Cleveland would also get a shutout on the mound, though, with Zach Plesac doing the job as Tuesday’s starter in an 8-0 win over the Angels. So, this division holds steady with Minnesota leading by five games and possessing a magic number of 13.

The Astros had been rolling heading into this second game of the series against the Athletics. Houston had been on the right side of two absurd blowouts, and on Tuesday they’d be on the wrong side. Oakland answered back after a Monday beatdown with a 21-7 win of their own. The Astros still hold a 9.5-game lead in the division with a magic number of eight.

So, once again the three teams competing in this wildcard race — the Rays, A’s and Indians — all won. This is a case where it seems like nobody is going to let up. Tampa Bay still holds the top spot in this race with a 1.5-game cushion over the Athletics, who hold a slim half-game lead over Cleveland.

The Braves don’t really get enough credit for being very close to the top of the league and they’ve been among the hottest teams in baseball throughout this second half. They couldn’t keep it going against the Phillies on Tuesday, though, as the latter picked up a one-run victory highlighted by a big four-run first. As mentioned above, the Nationals could not take advantage as they lost to the Twins. The Braves lead by 9.5 games over Washington with a magic number of nine.

The Cardinals control their own destiny in this division, which means they need to beat the bad teams. They did not get the job done Tuesday, getting shut down by Chi Chi Gonzalez in a 2-1 loss. This provided a big opportunity to the Cubs and Brewers to make up some ground, but Chicago couldn’t take advantage. After rallying for three runs in the eighth to tie it, the Cubs blew it in the eleventh and dropped a tough one in San Diego. The Brewers, meanwhile, did get the win in Miami but they also lost Christian Yelich for the rest of the year in a brutal blow for the team and the MVP candidate. St. Louis still holds a four-game lead over the Cubs and now their lead over Milwaukee is down to five. Their magic number is 15.

The Dodgers headed into Tuesday’s action with a magic number of one, meaning either a win or a Diamondbacks loss would give them the division. L.A. took care of business themselves with a 7-3 win in Baltimore, making them the first team in baseball to clinch their division.

Tuesday was a big day for teams chasing the two wildcard leaders, with both the Nationals and Cubs losing, as mentioned above. We know the Phillies and Brewers took advantage of the situation, leaving the Mets and Diamondbacks as the other two contenders. Those two teams were playing each other, and New York took their second straight against the red-hot DBacks, squeaking by with a one-run victory. The Nationals still hold a 2.5-game cushion over the second place Cubs, whose lead over the Brewers is down to just one game. The Phillies trail Chicago by two, while the Diamondbacks are 2.5 back and the Mets trail by three. 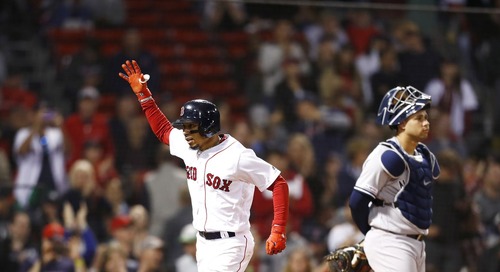 Red Sox at Blue Jays Lineups: Mookie Betts gets the night off

Photo by Omar Rawlings/Getty Images The Red Sox are looking to get back into the win column on Wednesday... 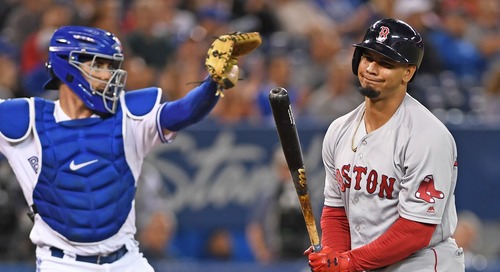 OTM Open Thread 9/11: It is Wednesday 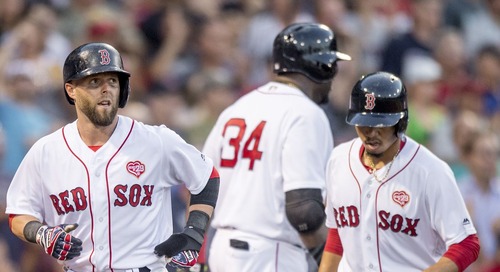 Favorites of the Decade: The Top Five

Photo by Billie Weiss/Boston Red Sox/Getty Images We finish up our look at the fan favorites of the 2010s You can see the bottom half of the top ten here. 5. Koji Uehara Koji Uehara is my... 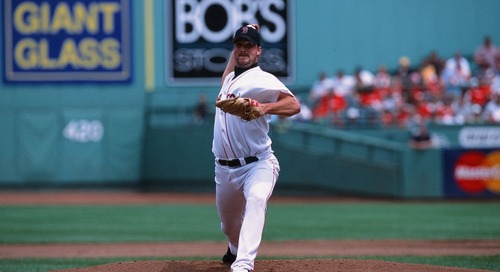 In this final chapter, things get difficult. The Boston Red Sox have gone through quite the roller coaster in terms of success during the last four decades. They experienced one of the most... 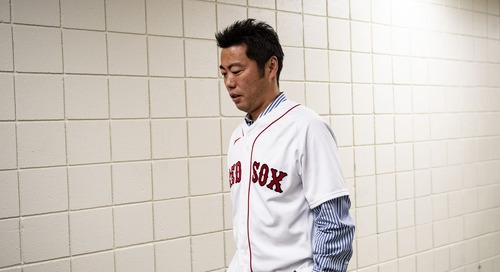 Photo by Billie Weiss/Boston Red Sox/Getty Images Happy Sunday everyone. We have some matinee hockey action today, with the Bruins getting a 12:30 PM ET start. That one will be against the... 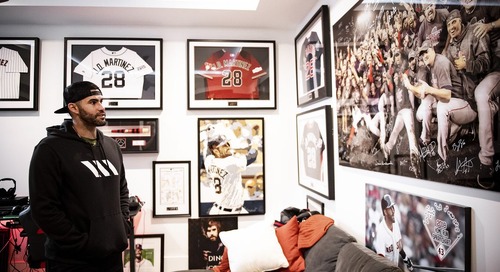 Photo by Billie Weiss/Boston Red Sox/Getty Images J.D. Martinez is feeling confident the league will not find much of anything on the Red Sox when their investigation is done. (Christopher... 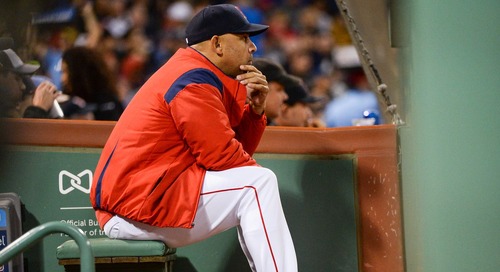 What do fans think of the sign-stealing scandal?

Photo by Kathryn Riley/Getty Images We asked a few questions to all baseball fans about the last week. Here are there the results. Welcome to SB Nation FanPulse, a survey of fans across MLB.... 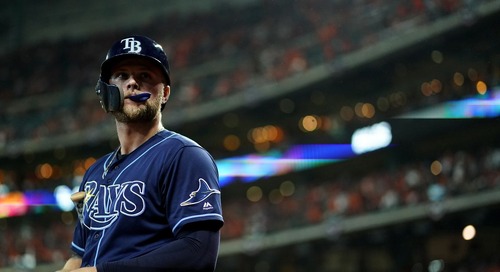 Photo by Cooper Neill/MLB Photos via Getty Images Who did everyone choose? This past week, I asked you all a very difficult question. I wanted you to put aside your Red Sox fan bias, and tell... 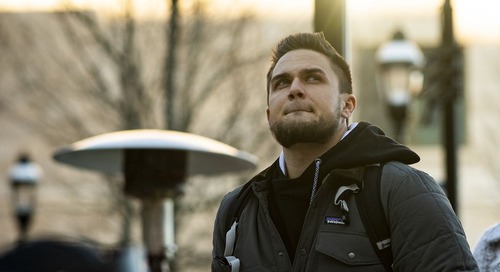 Photo by Billie Weiss/Boston Red Sox/Getty Images Happy Saturday everyone. The Bruins are off for a second straight game today, but the Celtics will be in action at home as they look to turn... 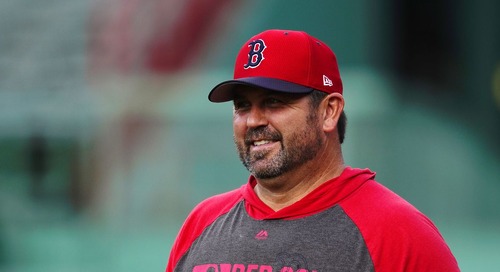 Photo by Omar Rawlings/Getty Images At Winter Weekend, Sam Kennedy indicated the managerial search will start with in-house candidates. (Chris Cotillo; Masslive) The fans have made their... 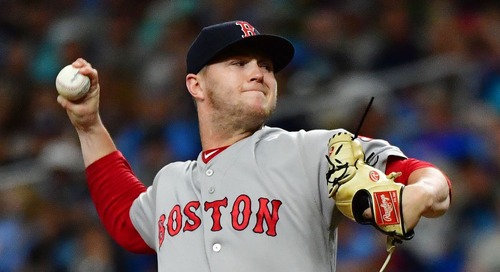 Photo by Julio Aguilar/Getty Images He makes room for Matt Hall. Earlier Friday evening, the Red Sox made a minor trade — a theme of the last few weeks for them — acquiring left-handed pitcher... 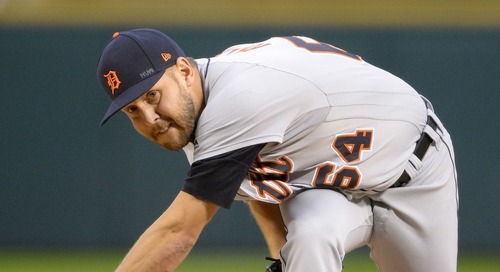 Photo by Ron Vesely/MLB Photos via Getty Images The give up minor-league catcher Jhon Nuñez The roster churn continues. Chaim Bloom has been busy over the last month or so in building up the... 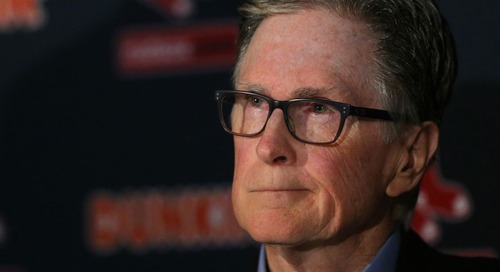 Photo by Maddie Meyer/Getty Images Alex Cora is out! Who is your pick to manage the Red Sox? Hey, if you’ve been living under a rock, I’ve got some big news for you: Alex Cora and the Red Sox... 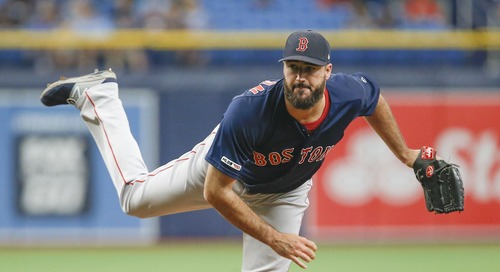 OTM Roundtable: What to do in the late innings

Reinhold Matay-USA TODAY Sports We head to the bullpen for this week’s roundtable This week’s events — namely, the Red Sox parting ways with Alex Cora — happened after I pushed out the question... 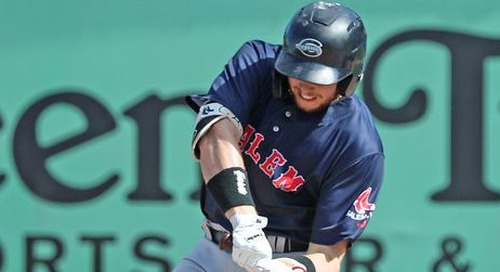 Triston Casas | Kelly O’Connor; https://sittingstill.smugmug.com/ No surprise here. Our top prospect voting started during a most tumultuous week for the Red Sox and while there are some... 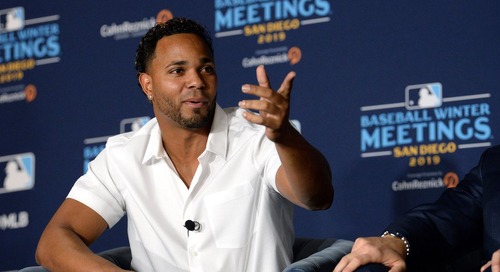 Orlando Ramirez-USA TODAY Sports Happy Friday everyone. After both teams were in action on Thursday, both the Celtics and the Bruins are off today. There are a couple of nationally televised... 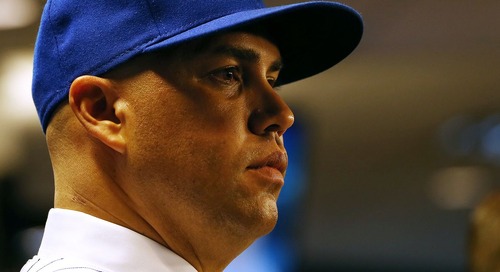 Photo by Rich Schultz/Getty Images A third manager gets the axe. Carlos Beltrán out as Mets manager A third manager is out of a job due to his involvement in the 2017 Astros sign-stealing... 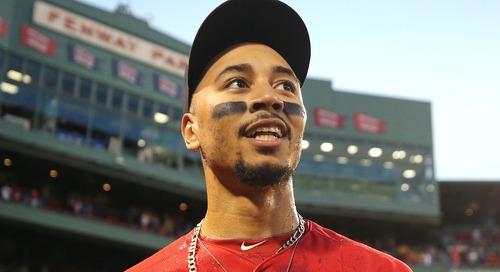 Photo by Maddie Meyer/Getty Images The Red Sox are saying the Alex Cora stuff is not going to force them into dealing Mookie Betts. (Jimmy Golen; Providence Journal) Xander Bogaerts was asked... 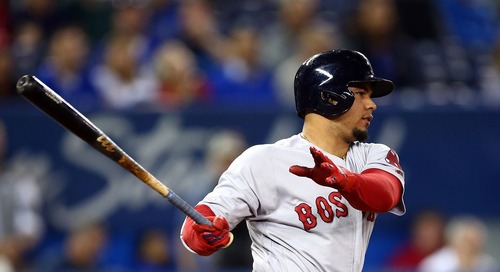 Photo by Vaughn Ridley/Getty Images The big baseball news of the day. As Major League Baseball falls further down the well of absurdity — check out twitter dot com if you don’t know what I’m... 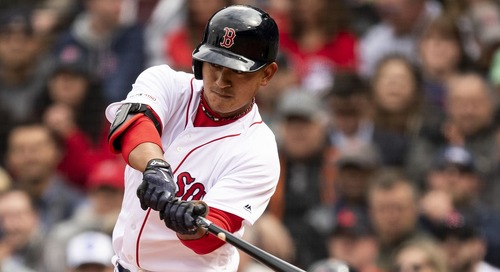 Who is out of options for the Red Sox?

Photo by Billie Weiss/Boston Red Sox/Getty Images Checking in on the players for whom spring training is most important We are inside a month until pitchers and catchers report and we can... 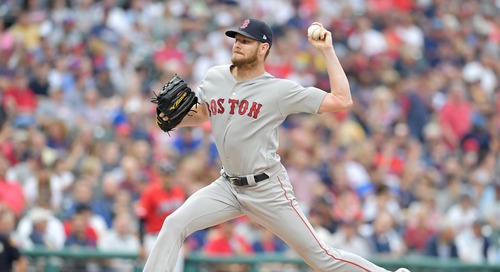 Photo by Jason Miller/Getty Images There’s a little concern, but ultimately it’s not a huge deal. The Red Sox are, uh, in flux right now, what with not having a manager in the middle of... 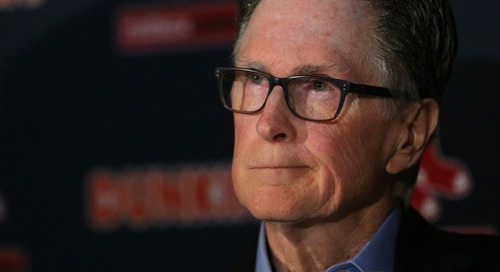 Photo by Maddie Meyer/Getty Images Happy Thursday everyone. We have both Boston teams in action tonight, with the Bruins playing first. They will be at home hosting the Penguins in a game that...