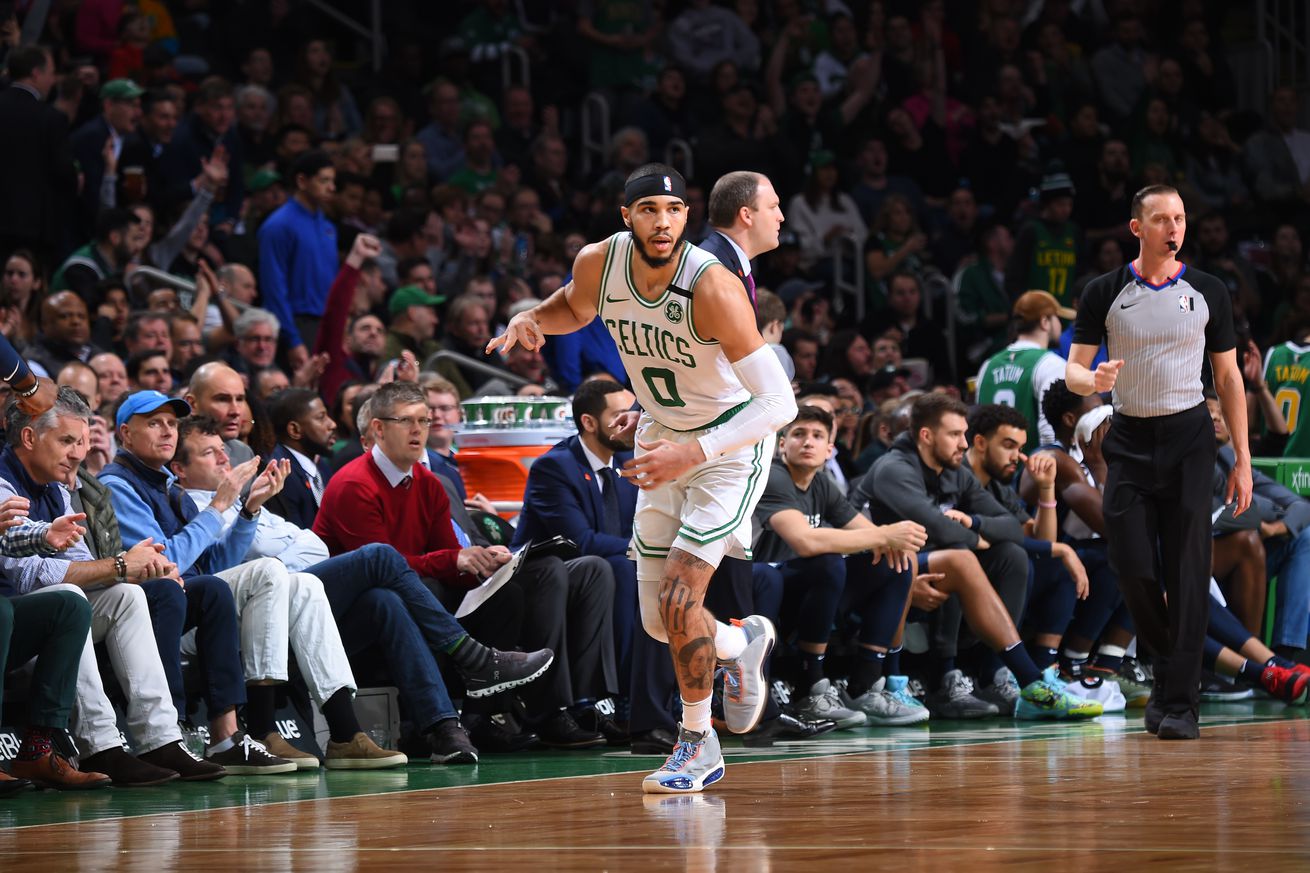 Suspending disbelief, we take it to Memphis where the Celtics would’ve played the Grizzlies tonight to cap a road trip. Boston’s now missed seven games since the NBA postponed its season. Celtics Sim — with Sean Grande and Cedric Maxwell — has it from here.

Note: If the NBA season had not been suspended, the Celtics would be in Memphis tonight taking on the Grizzlies. The good news is the season continues exclusively on CLNS Media, which will be running live simulations of all the Celtics’ remaining games in the regular season and into the playoffs — including pre and post-game coverage. Here’s a recap of tonight’s action.

Realistic or not — the Memphis Grizzlies stuck with what got them back into a game they trailed by as many as 12 in late in the third quarter. Taylor Jenkins’ squad twice had chances to tie or take the lead with 10 seconds remaining and funneled two passes into the post that Jayson Tatum and Jaylen Brown cut off to secure a Celtics win by one possession.

Boston claimed its sixth victory in eight games since escaping the Pacers, after which crowds disappeared and games became the sole focus. It helped the Celtics shut off the outside world and seal wins they couldn’t against the Rockets, Nets and Thunder near the beginning of March. On Wednesday, the Celtics forced the turnovers they gave away to blow those games. It didn’t make the Grizzlies’ late charge feel any less threatening.

When their rally slowed down — forcing Jenkins to draw up plays — Brad Stevens’ lineup regrouped defensively. Tatum hit a turnaround fade on the baseline to put the Celtics ahead 108-107. It capped his 12-for-22 shooting night and proved to be the game-winner. With Ja Morant charging into the lane to set up a dump to Jonas Valanciunas, Tatum grabbed the loose ball as Memphis’ center fumbled it away.

Tatum stepped to the line and converted his first two free throw attempts, cementing a 28-point effort with a steal and two blocks. He also hit a pull-up jumper from 14 feet to take a lead when Memphis exited a timeout ahead 105-104.

Morant — surging to the rookie of the year award despite his team faltering to his lone competitor Zion Williamson the night prior — slammed down a ferocious put back to take a 107-106 advantage in response. He scored 21 points on 9-of-13 shooting with nine assists, leading Memphis’ fast break off 15 Boston turnovers. Morant’s team, sinking out of the playoffs to Boston’s amusement as owners of Memphis’ first-round pick, turned it over 19 times themselves.

Stevens continued to take advantage of Boston’s first spurt of health all season and experimented early. Trailing by eight in the first, Robert Williams entered with with Marcus Smart and three starters. It sparked a 6-0 run capped by a Smart steal and feed to Kemba Walker for two free throws that got Boston within 24-22. Then Brandon Clarke asserted himself against Williams, stuffed him inside, and set off a 7-0 burst in transition he finished with a running slam.

Experiment failed. Entering the second down nine, Stevens tried again by integrating Enes Kanter with Carsen Edwards. Both scored on a put back and kick-out three respectively to put the Celtics back in the game immediately. Tatum and Walker’s back-to-back threes moments later tied the game at 35.

Boston pulled ahead by nine before halftime before a late rush marked by only Kyle Anderson’s 10th three-pointer all year got the Grizzlies within four. Walker, as he did all game, freed Tatum in a mismatch on Tatum to create a side-step three at the buzzer.

The Celtics’ defense swarmed on the other side of half, as Walker found Tatum turning behind Dillon Brooks in the post and Daniel Theis on a dump to go ahead 63-51. Memphis called timeout, appearing gassed on the second night of a back-to-back, but Jenkins rallied his squad for a 45-31 turnaround into the fourth. Five Grizzlies scored double figures as Morant and Valanciunas slashed inside and won the rebounding battle.

The Celtics looked up with four minutes remaining down 96-94. Morant hit a three and slammed a driving dunk inside to pace Memphis’ lead through the two minute mark with Tatum heating up. Only one was a rookie and the other appeared on the scene at 19, seemingly yesterday. Morant dribbled a key possession out of bounds to open the door for Tatum’s closing effort.

Boston returns to TD Garden for a six-game home stand starting against the Trailblazers on Friday. Even with cameras and crowds gone, Sean Grande and Cedric Maxwell will have the call on CLNS Media. Cedric Maxwell looks back on rekindling his relationship with the Boston Celtics and being at the Boston Ga... 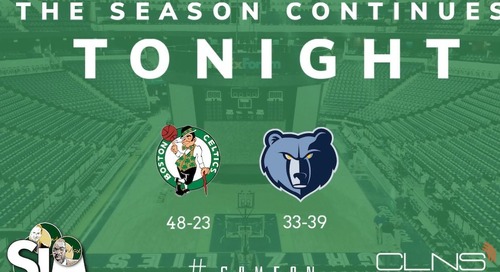 Boston Celtics Simulation vs. Grizzlies with Sean Grande and Max 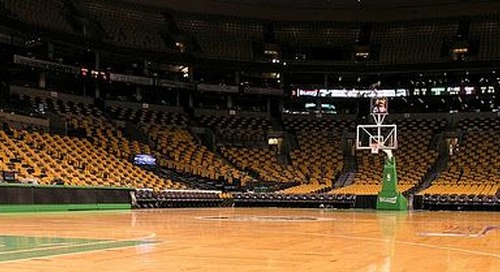 Missing basketball and missing myself

I miss basketball and I don’t feel bad about that I miss basketball. I miss sports overall. Sports are a massive part of my life. Never had they been more so than in the period from the NBA... 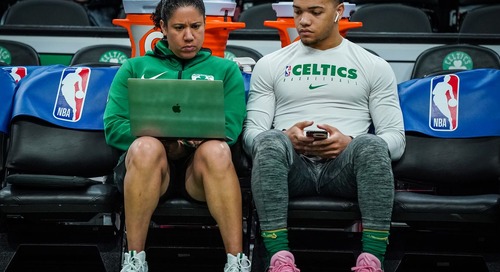 David Butler II-USA TODAY Sports Celtics rookies get NBA players to study and emulate from Coach Spins. Coach Spins Somehow, the Boston Celtics made it through this year with six rookies... 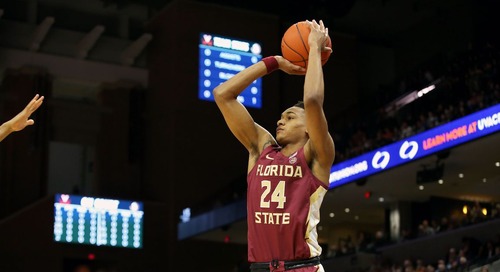 A wing, two bigs and a guard for the Celtics in ESPN’s latest mock draft

Photo by Ryan M. Kelly/Getty Images Boston projects to have three first round picks ESPN released an updated mock 2020 NBA Draft and they’ve got the Boston Celtics adding reinforcements at all... 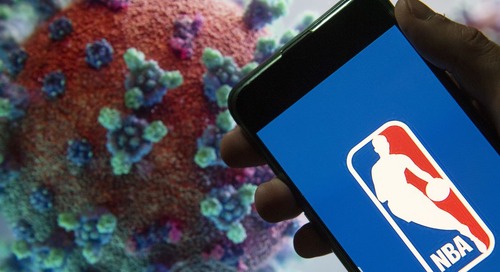 NBA community continues to band together during COVID-19 pandemic 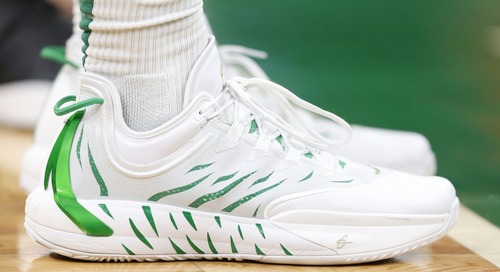 Gordon Hayward vs Bulls 1/13/20 | Greg M. Cooper-USA TODAY Sports All the Celtics news you need in one convenient place. Herald Celtic Jayson Tatum shooting to help others during NBA... 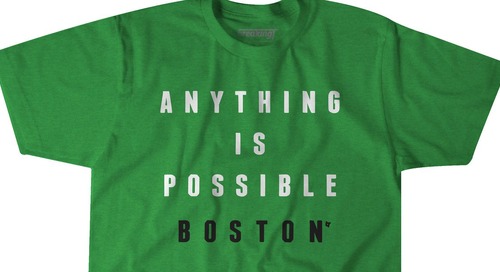 Vincent Poirier vs Bulls 1/13/20 | Greg M. Cooper-USA TODAY Sports All the Celtics news you need in one convenient place. Globe Celtics’ Jayson Tatum will match up to $250,000 in donations... 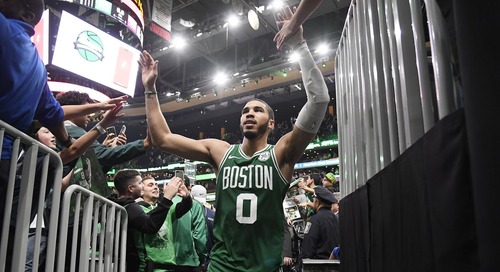 Photo by Brian Babineau/NBAE via Getty Images Tatum helping those in need during this difficult time. Jayson Tatum continues to step up for the Boston Celtics, even if it’s away from the court... 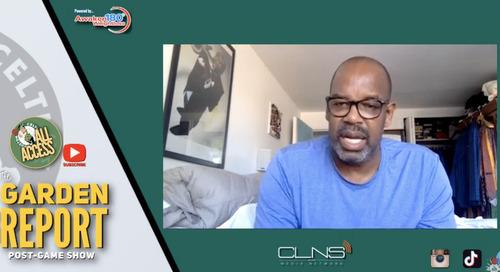 “Once we get past this, this country’s going to be a completely different country.” Donald Trump met with the various commissioners of the American sports leagues to urge the NFL to continue its... 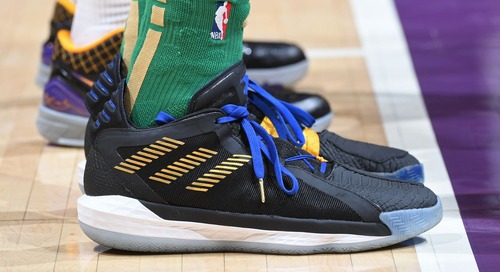 Jaylen Brown vs Lakers 2/23/20 | Photo by Andrew D. Bernstein/NBAE via Getty Images All the Celtics news you need in one convenient place. Herald The Class of 2020: A look at basketball’s... 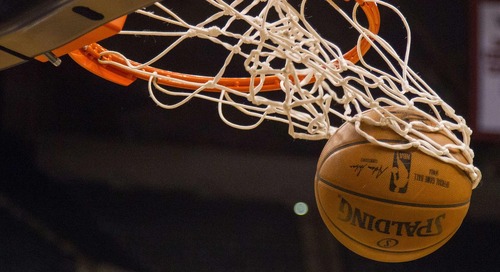 Trevor Ruszkowski-USA TODAY Sports There’s still no basketball and that’s a shame but understandable as well. Stepbacks are my way of sharing quick-hit thoughts that don’t require a full... 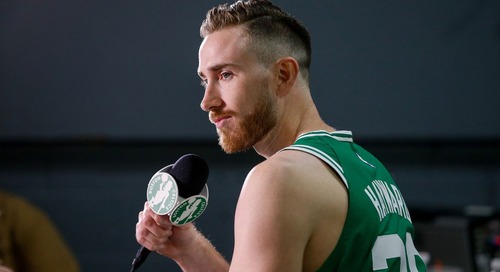 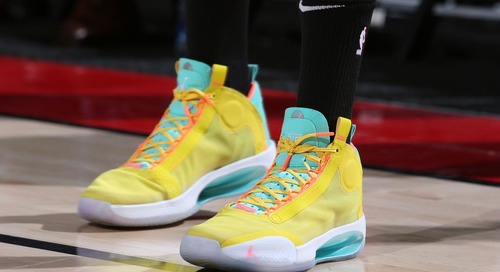 Jayson Tatum vs Trail Blazers 2/25/20 | Photo by Sam Forencich/NBAE via Getty Images All the Celtics news you need in one convenient place. Herald Enes Kanter reflects on isolation and... 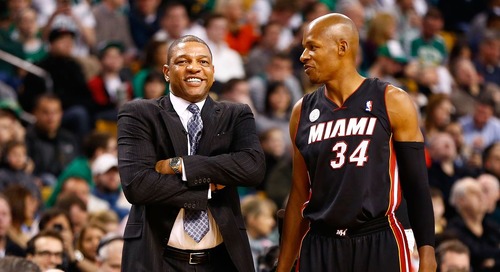 Doc Rivers blames himself for not making Ray Allen amends

Photo by Jared Wickerham/Getty Images Rivers wishes he pushed harder for Allen to be involved in the Paul Pierce jersey retirement. “I really thought that Ray should’ve been there.” Doc Rivers... 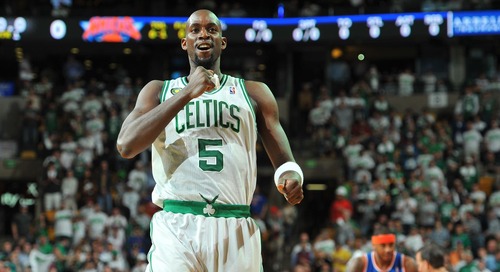 Report: Kevin Garnett to be inducted into Hall of Fame

Photo by Brian Babineau/NBAE via Getty Images KG punching big ticket into the Hall of Fame Anything is possible for former Boston Celtic Kevin Garnett, including punching a big ticket into an... 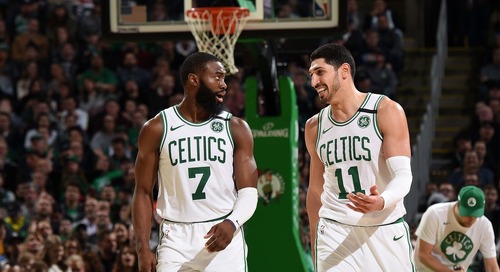 Enes Kanter, Celtics trying to ‘keep that chemistry together’ while separated

Photo by Brian Babineau/NBAE via Getty Images The Celtics definitely splurged for the best Zoom video package. When watching the Celtics, it doesn’t feel like they are the same as us as they... 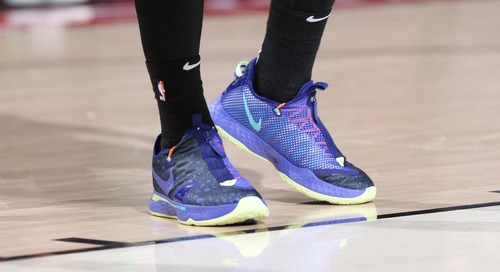 Semi Ojeleye vs Trail Blazers 2/25/20 | Photo by Sam Forencich/NBAE via Getty Images All the Celtics news you need in one convenient place. Herald Boston’s top 10 athletes, No. 1: No. 6... 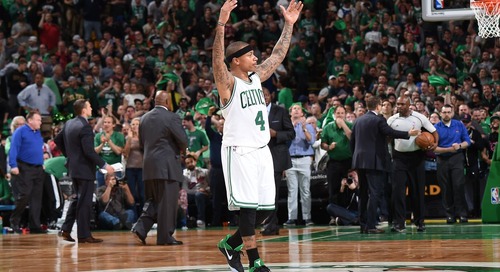 Photo by Brian Babineau/NBAE via Getty Images Isaiah will no doubt find another shot with another NBA team. It shouldn’t be with Boston, not because he isn’t loved, but because he is loved so... 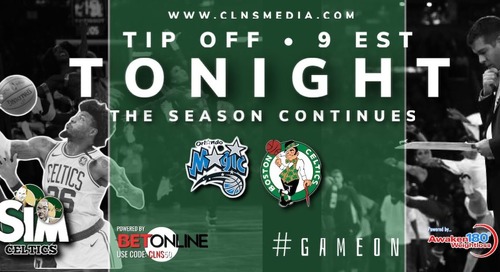 Marcus Smart and Enes Kanter were handed suspension from Wednesday’s brawls. C’s have won 9-of-12 and remain within two games of the two seed with Gordon Hayward back. The streaking Magic push...